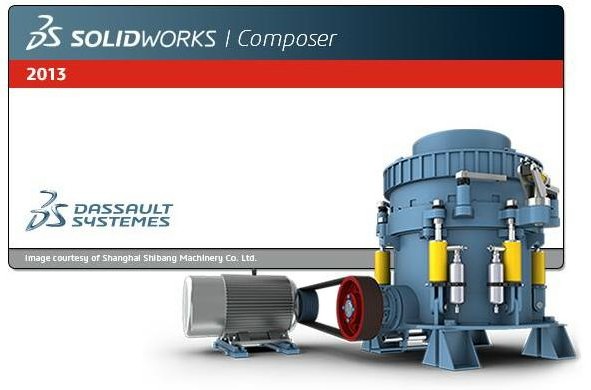 The third meeting of Minnesota SolidWorks Composer User Group, formerly known as the Minnesota 3DVIA Composer User Group, was held on 3/6/13 at the Mounds View Community Center in Mounds View, MN just north of Minneapolis. The meeting opened with coffee and refreshments followed by introductions. I counted 15 in attendance with backgrounds ranging from engineering to sales to technical publications with titles ranging from managers to designers. There were at least 4 in attendance (including myself) who do not yet use Composer in their work (but want to). Chris Narveson, UG president, reminded the group of its purpose and charter. He discussed the move to four 1/2 day meetings per year and made an appeal for volunteer officers, presenters and meeting hosts.

Jason of Symmetry Solutions (SolidWorks VAR) began the presentations with the announcement of a rebranding of 3DVia Composer to SolidWorks Composer, bringing the product more in line with its target audience. The same license manager used by SolidWorks will eventually replace the cumbersome Composer licensing. Jason gave an overview of Composer’s uses, applications and capabilities. SolidWorks Composer is intended to be the bridge between Engineering and Technical Publications/Marketing as it extends the use of 3D CAD data beyond Engineering. He showed examples of its ability to produce marketing materials, printed materials, interactive instructions, web content and animations. The latest version (SolidWorks Composer 2013r2) has content loaded into its familiar Model Browser and Image Library tools. A library of 3D objects like a posable hand and typical hand tools (screw driver, wrench, etc.) can be quickly added to a project. The Image Library now has a whole set of standard icon images to save time in content authoring.

Jason then spent some time showing basic content authoring details. He demonstrated how Views can control every property in a scene (camera, material appearance, actor position, etc.) or any combination of properties. He showed how the Select Instances tool can quickly select all of the same part for modification. He showed that Styles work better than in previous releases and they can be written to a file, making them sharable. Styles can be applied once or “subscribed to” which makes the properties update automatically when the Style is changed.

Jason then gave a presentation about basic animation authoring. He suggested that a good workflow would progress from actor movements to camera movements to property adjustments to annotation text. He elaborated on an order of operation for actor movement that included picking an actor, setting its start location key frame, moving the actor and then setting its end key. He emphasized that the key frames only control what has changed from one key to the next so care should be taken to modify properties accordingly. For making interactive animation controls, Jason demonstrated new tools found in Author – Image2D such as a play button that has the necessary control code built-in.

Jason took a number of questions which led to more Composer capability demonstrations. A discussion about environments caused him to show background images, ground properties and 3D images (for walls that move dynamically behind the actors). He also showed how to load an image as a texture on an actor. Finally a question was raised about how Composer opens the video view by default if it exists or it opens the top view in the file, both of which can be annoying to the user.

Steve from MTS began a discussion about file management. He showed some video footage of MTS’s Finder tool that manages PDF files. Matt from MTS explained how they embed Composer files into their PDF drawings. The PDF drawing shows limited dimensions while the Composer file contains an interactive BOM. MTS has created a custom implementation which takes meta data from their SAP MRP tool and builds it into the tool tip text in a Composer file.   Their assembly teams use those files to more clearly understand the complex, 1-off machinery they are building. There currently does not exist a tool for checking items off a BOM list in Composer Player which makes the use of a printed BOM a necessity. MTS has found that for their complex assemblies, a workstation class computer is required, even for the light-weight Composer files. Mike and Matt discussed challenges with file management and revision control. Composer files are not directly linked to CAD files in the same way as typical SolidWorks files so updates are more manual. Rules are needed and discipline required to keep everything current. Mike also mentioned the importance of keeping coordinate system consistency in the design process to enable consistent updates to the Composer files. He finished with an excellent quote, “Are you guys totally yawn-fest with this?” which we were not.

Chris wrapped up the meeting with some sample training videos from his work at CSI. He announced the next meeting as Thursday, May 30 and requested ideas for topics. Chris reminded us (as every good User Group Leader should) to look at the SolidWorks Forums, to consider attending the SWUGN Summit on August 20th and SolidWorks World 2014 in San Diego.

We hope your stay was enjoyable. Visit us again sometime. For more fun, you might check out BoogerBall.com.